I guess I’m confused as to what most people think is the light. So, I’ll take a shot in the dark. When people speak to me of the Light, I think of the pious RHP stuff. The Christians, Muslims, Jews, and etc are the examples this concept that comes to my mind. You know, the enemy.

If most people are using the Light as a metaphor as to that side of human nature that encompasses compassion, love, and nurturing; then I have misunderstood the language used to communicate such. I do believe that those closeted to you should be met with those, but I highly believe in the Zen Buddhist form of Compassion. In modern times, its called tough love, and I have been told that I can be to harsh. My harshness is measured on how far my loved one is fucking up. Majority of the time I use gentle reminders that can build into reminders and so forth. To keep on track, our energy can only go so far. So, I choose to love those who love me, and I hate those who hate me. I am a reactionary creature, that becomes cohesive to the energy sent in my direction. I don’t listen to words, read emotion and body language. There is only so much masking that can occur there. That is way most con men only use the computer or phone.

To answer the question, yes I believe in the natural human animal with all of its traits. To include the duality of love and hate. I don’t believe they should be combined, they should expressed equally to the people whom are deserving of said emotion. I do realize that there are a spectrum of emotions that should be worked with an accepted
as part of the self. Know the 2 can’t be combined, this pushes one to insanity. If there are demons in your spiritual cave, sit down and have tea with them. Same goes for angels, its the men bearing symbols of Pious Gods and saviors that should be destroyed where they stand. Light and Dark don’t exist when you have accepted all aspects of the self, and then you learn to use your natural talents to attain your goals with what ever method needed to succeed. I am the antithesis to the pious, not the human animal. If you are a monster exerting control with the veil of light, I will cut down as fast I will cut down the “Gawd” you try to enslave with. Teaching people how to think, not what to think!!!

Iron is full of impurities that weaken it; through forging, it becomes steel and is transformed into razor-sharp sword. Human beings develop in the same fashion. O’Sensei 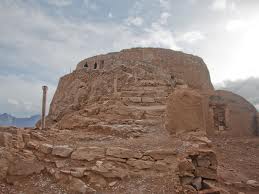 After sitting back and watching the after math, I see the lone rumor that is floating around: Church of Ahriman teaches false teaching! HA HA! Really, false teaching? So, if our church doesn’t involve the Tora, Bible, Egyptian Book of the Dead, Qabala, or any other info that has been floating around for the last 10 years, makes it false? I must implore you, if you believe these rumors, dare you take a stance against what we are doing. I thought you fuckers were Satanists,”Question all things?” This includes rumors, dumb-asses. So, here we go. I will reveal another level of what we do. Before people are even allowed to join the Church, they must attend a 6 week course, here is the course.

View this document on Scribd

This constitutes our core teachings. Please notice only one of my documents are a part of the structure. These are the teachings of religions that existed before Christianity. Just because the Catholic Church has done everything in its power to bury Ahriman and Zoroastrianism, means it is the true teachings; because the Catholics had to kill people to take their reign of power. Thus covering and burying anything that would lead one away from them. Sound familiar?

My teachings are not false. Just because I don’t use broke incomplete stone tablets of a polytheistic religion that died with its culture, means I’m false. Just because I don’t agree with pantheism, or get down with a bastardize form of a dual Gnosis mean I’m false. Just because I’m not into any form of Christian/Jewish form of Demonology combined with the Qabala or Key of Solomon, mean I am false. Just because I don’t get down with the Egyptian Book of the Dead or the Necronomicon, mean I’m false. If you would ever look into the sources I use, you would find everything I teach, in fact I directly quote them in most cases. If you read my Bible of Corruption, and go through the Bibliography, then compare those texts to my text; you will see these direct quotes. I wrote the Mythology of my Church from the point of view from the Devil and what He saw. Those sources gave Him the vision from which things were created. To you who are fucking sheep and believe the hype, I don’t need your zombified minds that exchanged Jesus for Satan or Lucifer.

The name Church of Ahriman is dead because of the constant slander machine known as Rip Off Report, and those who use it as a sick weapon to purge the competition.  Once all legal paperwork and websites are established, then it will be known.  Until then we will operate as CoA till things are done.