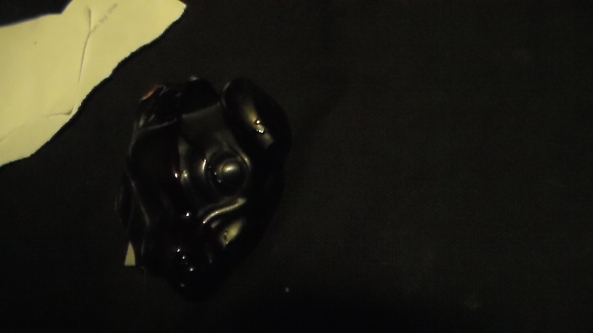 This had to have been one of the most interesting rituals I have ever done. This will mark one of the rare occasions that high pulse was used in conjunction with the other effects. I thought it to be useless to work this as a high magic ritual. While contemplating this concept and ritual, I thought about starting out as an invocation to Mithra and then bind the ahura (angel) to the bull idol. It didn’t feel right, What Would Ahriman Do? He would storm the gates and drag Mithra off to his doom. So, like in the Apostasy Ritual, I asked Melek Taus to take Asto Vindata and Yama into the Ruined House of Song (Heaven) to force Mithra into the idol. Nasu, Asto Vindata, and Yama work together to snatch souls and bring them into the House of Freedom (Hell). Myth states that Nasu corrupts the soul and body at death. Then, when souls try to cross the bridge of consequence, Asto Vindata and Yama snatch corrupted souls from the bridge and throw them to Arezura. Kunda is the keeper of the abyss whom seems forever drunk but is not. Kunda throws the souls into Hell while laughing mockingly.

So, I chose Asto Vindata and Yama to snatch Mithra. As Mithra, had his posse to force Father Ahriman into the abyss, Melek Taus and His posse forced Mithra into the idol of the bull. This fight began with Mithra’s bull, and ended with Mithra being bound to a bull. So, I bound that fucker to that Idol, and mocked him and his “immortality.” What most folks don’t know is that Mithra rolls with Varuna and they are the eyes of judgement to Hormazd. So we plucked one of Hormazd’s eyes. After I bound Mithra to the bull while marking it with menstrual blood, and note the bull was bound in the Ahrimanic Square of Slaying. He was bound by the sigils of Ahriman, Melek Taus, Nanshait, Suarva, and Sabazios. I used the same hammer from the Apostasy Rites I recrucified Jesus with. 3 strikes and the Bullshit was destroyed and Mithra was weakened and fed to the Original Denizens of Hell. It was if Father Ahriman had imbued himself to me, and strike the blows with me. The best part was, half of the bull’s head ended up on the altar. See pic on the top.