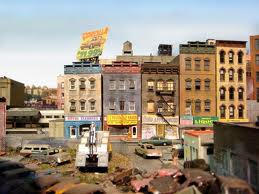 Over time as Mobed Kelsey and Herbad Jeremy have tried to use Face Book as a means to show people what the Church of Ahriman is all about, they kept running into trouble of all kinds. The 1st time I decided to leave that ghetto, the church and myself was attacked. So we stayed to defend our church. Then we pulled off again, I then decided that to get the word out bout the Apostasy Ritual we would head back into the ghetto. Then we were betrayed by a bitch with arterial motives.

As time went on I gathered information about people and there movements on Face Book and was shown that the setup to try and destroy the Church of Ahriman was lead by none other than Michael W Ford. See one of Ford’s underlings known as Dea Lynn Culbertson to the Church of Ahriman. Dea got to know Mark, and Dea added Mark to the prestigious Face Book group the Adversarial Forge headed by none other than Pomahazel Draconis. This ass clown remains nameless and faceless.

So, shit dies down and Dea wants to be friends again after disappearing for the entire conflict. Cool, Mark wronged us and here was a chance to keep Texas Branch going. Jeremy and I took our happy asses down to Texas, filled Dea in on things and she decided to bug out and steal from us. Then she betrayed us as well. Then Poof Michael W Ford disappears from the scene. Several Member from TOPH join my Meetup site for Dallas, and many other avenues were used to try and contact this asshole. All attempts failed needless to say.

So, who runs Dea and Bruce Lee? Could it be, Ford? Then I was given the opportunity of a life time. Rev Tom Erik Raspotnik asked if I would work with him and Pope on exposing Ford for the fraud he is. Well of course, why wouldn’t I at this point.

The reason I went about attacking the hunky nerd’s books was because that was Dea’s excuse to betray me, and a Luciferian asshole challenged my knowledge over the occult vs the Fraud’s. So fine, I tore apart his core teachings and exposed them for what they were. Then to show my understanding of the bullshit, I mocked it and poked holes in it. I have the veil of being the village idiot because most people see my physic and that is their expectation, why fuck with that. So, now the village idiot tore asunder the Devil’s fraud prophet and exposed him to being what he is.

Since the black adepts vs the CoA members out weigh us in numbers, so they censor our material and attack anyone who is interested in what we do. Then nobody joins in on what we are doing in the ghetto because the Black Adept Police will make your life hell for even thinking about the CoA. So fuck the Black Adept Police, come get us in our neck of the woods. Oh and by the by, I have it under good authority that Micheal W Ford is the one who trained James Hale/Kalkbrenner to be what he is. Thus Ford sent Hale my way to rape my wife, so stand down on this, NEVER! 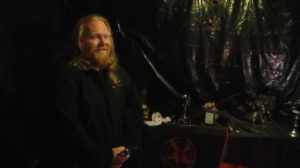 Allow myself, to, … Introduce  myself.  I am Dastur Adam Daniels, the scariest Devil worshiping maniac out there.  So they say.  Since my appearance in that beautiful red mask:

Till now, I’ve seem as an enigma.  I’m really not, I’m just a very busy motherfucker.  Writing books, blogs, and rituals along with creating videos makes one BUSY.  Then there is daily living with my 3 beautiful daughters, and goofy ol’lady.  Plus I work a full time job to boot.  So yes, I’m Busy as a bee busting my ass to make my way into the reality set before me.  Here is a way to approach me and talk to me at your own risk… LMAO!  Least my haters would have you believe that shit.  What ever!  This will be a personal blog that will go over church stuff and anything else I might like to talk about.  To the future, I Hail Myself, Hail Ahriman!  We shall talk again soon!